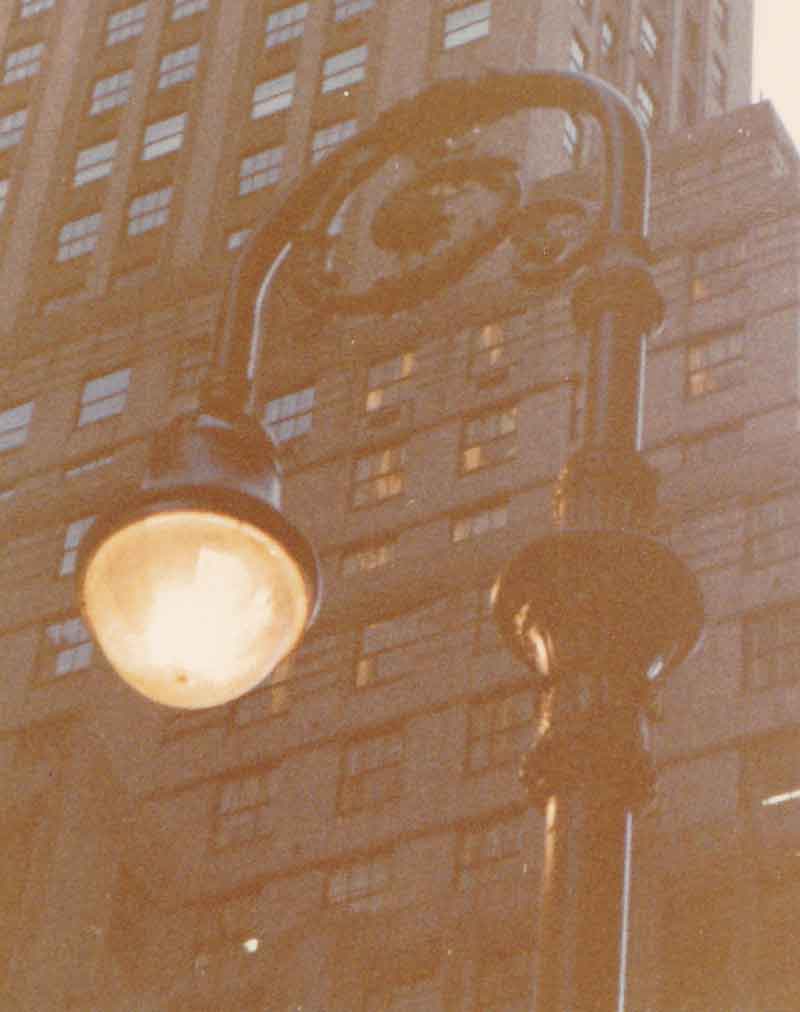 They're the ones that started it all. The massive Harry Helmsley real estate and hotel empire began the retro cast iron lamp post replica craze in 1980 when they surrounded their new Helmsley Palace Hotel with a cadre of replica bishop crook lampposts, fitted with faithfully rendered Bell fixtures.
The Helmsley bishop crook poles were quite beautiful, and sported a smart two tone paint scheme. The public reaction to the newly cast bishop crooks was enough to spark a flood of replication that swamped most major thoroughfares in New York City within just a few years, and as I wrote 30 years later, in 2012, the retro insanity shows no sign of ending yet.
The later retro posts that followed these privately contracted replicas weren't always so faithful to original designs, especially when it came to the pendant luminaires.
I shot this with an admittedly overmatched 110 camera and 400 ASA film in 1982. It would be another 5 years before I used my first 35mm camera, a cheap freebie for taking out a magazine subscription, and another year after that before I got my first SLR, a venerable Minolta X700, whose 50mm f1.8 lens I adored, but who tragically busted a gear and I never bothered fixing it. By then, after over a decade of use, I was moving on to digital. 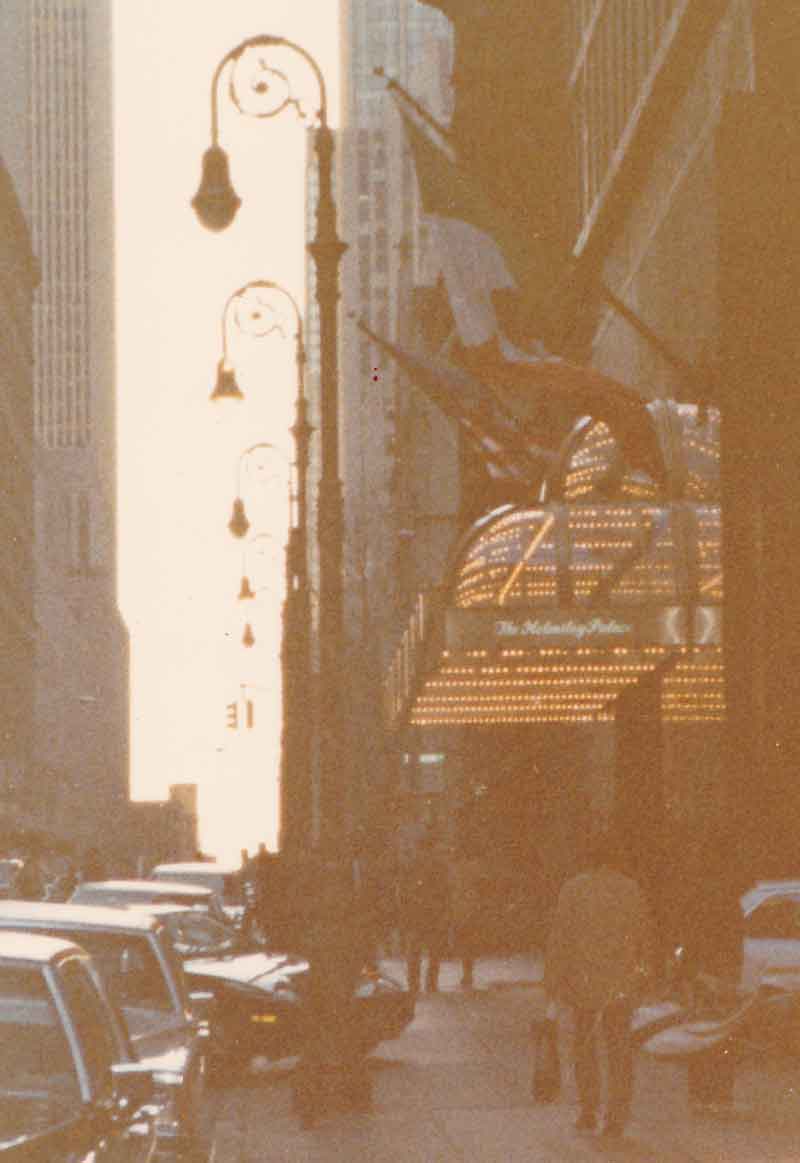 Please pardon the hazy resolution. Just think of it as a mood shot. Mood shots were the best special effects setting on my 110 camera. I didn't even have to set it. Taking lousy photos was automatic with it. Can you imagine using a 110 film camera these days? Do they even make 110 film anymore? How about 126? I know 620 film, which the Kodak Brownies used, is long gone, some 20 years or more. I still have my old Brownie. I suppose I could have it retrofitted to use the professional grade 120 medium format films that still exist. The Helmsley Palace has since been renamed the New York Palace. Hard to believe that as I write this in 2012, these "retro" replica bishop crook poles are already over 30 years old. The replicas of antiques are now antiques themselves.