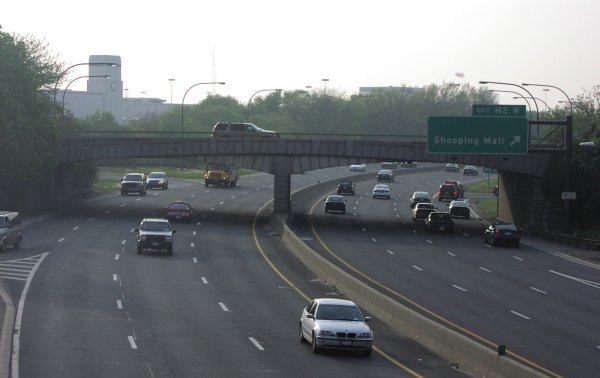 We're viewing the northbound Meadowbrook Parkway as it gets ready to discharge shoppers headed for the Roosevelt Field shopping center, out of view to the left. This particular exit, M2, will leave them close to Nordstrom and Macy*s, at least as of the date this was written in early 2003. 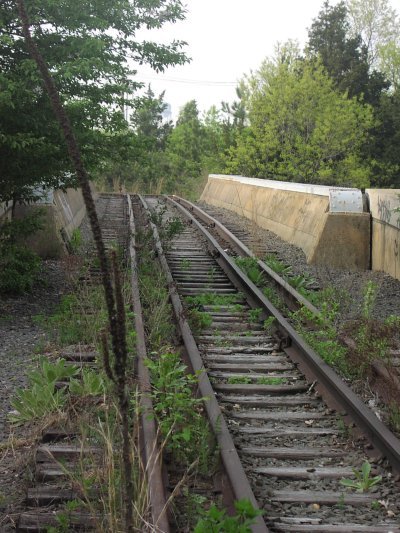 That view was shot from the neighboring overpass just to the exit's south, carrying a little used Long Island Railroad spur track. Nestled in the underbrush between Roosevelt Field, the Meadowbrook Parkway and nearby Stewart Avenue, this LIRR railroad spur is looking mighty abandoned these days. The rails are rusty with a lot of undergrowth that no longer look so under anything. This view looks east, towards whichever Long Island Railroad trunk line serves as the main connection for these tracks. 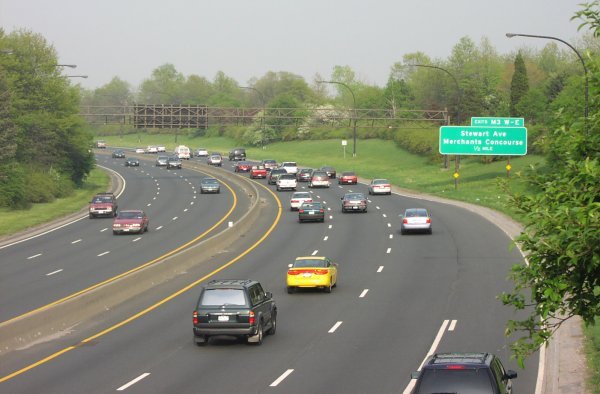 Here, the Meadowbrook Parkway heads south towards Exit M3 and Stewart Avenue. This used to be the exit for Roosevelt Raceway when that harness racetrack still existed in the early 1980's. Stewart Avenue is nowhere as important an east-west secondary road as other Long Island arteries such as Northern Boulevard, Jericho Turnpike or Old Country Road are, for Stewart comes dead to an end just east of here at Eisenhower Park. For what exists of Stewart Avenue's westward run, however, it is a fairly major thoroughfare for neighboring Garden City. 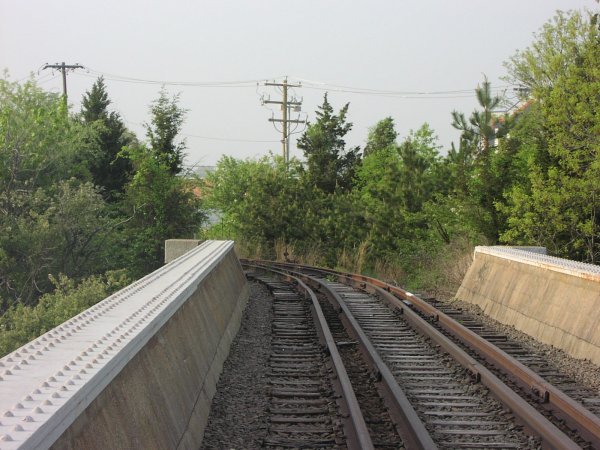 Looking west on the railroad spur, which comes to an end a couple of blocks worth of distance to the left of the curve, at Stewart Avenue. Today, the only commuters patronizing it are a gaggle of very defensive geese. I can assume these tracks must have been dedicated to serving myriad industrial/warehouse buildings along the right-of-way.
Shot early May, 2003.